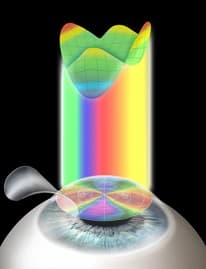 The human eye, like any other optical system has certain errors. Along with myopia, hyperopia and astigmatism, there are violations of eye optics, which are called "thin" - is the aberration (error images) of a higher order. Such disorders can be corrected through the surgery Super LASIK.

Unlike the traditional technology LASIK, in this method the parameters of laser exposure is calculated on a unique complex of the wavefront analyzer. It allows you to take into account all the structural features of the patient’s system of vision, accurately calculating the parameters of the laser correction, as well as modeling the surface of the cornea, which is maximally offset any existing distortions.

Patients are able to reach 100 percent or more visual acuity after surgery SUPER LASIK. Characteristically, the quality of the postoperative vision (at different levels of light or bright light), also increases.

The result of this maximum correction becomes the vision of high acuity, exceeding the traditional rate of 100%, however now it can reach 120 - 200%, and in some cases – even higher.

During a detailed preoperative examination all the anatomical and optical parameters of the organ of vision are examined and the revealed aberrations are analyzed.

The measured data is processed by special computer program that simulates the algorithm of personal ablation – the work of excimer laser. It is built based on the identified features of the wave front of the cornea, taking into account a number of individual parameters of the patient's organ of vision, according to the forecasts of the operation results. The generated algorithm is loaded into the onboard computer of the excimer laser.

In the absence of the significant initial aberrations, the correction of vision is performed by the method of traditional LASIK (i.e. the lower order aberration correction, including (myopia, hyperopia and astigmatism). Surgery by the method of super LASIK is recommended with the detection of significant optical aberrations, as the technology of its performing has its own characteristics. The operation execution does not much differ from the standard method of performing of LASIK. The difference lies in the application of ablation, namely, in the program of the laser. 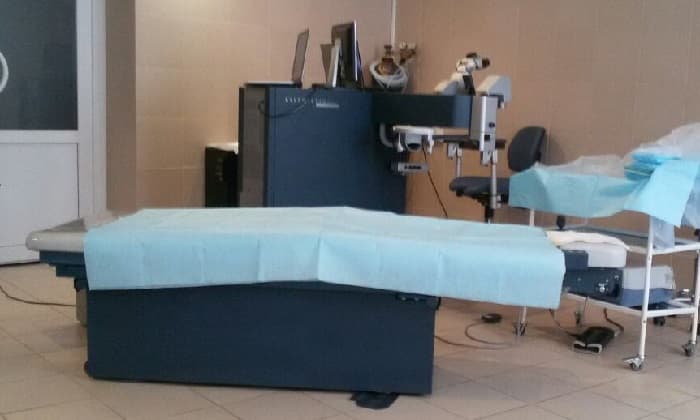 The advantages of Super LASIK

The important feature of Super LASIK surgery is the ability to maintain maximum of thickness of the corneal epithelium - almost 15% more than traditional LASIK procedure. This allows to perform even those with the thickness of the surface layer of the organ of vision with less than 450 md.

The price of LASIK surgery

The cost of the operation by method of Super LASIK in "Moscow Eye Clinic" is rubles 36 000 (per eye).